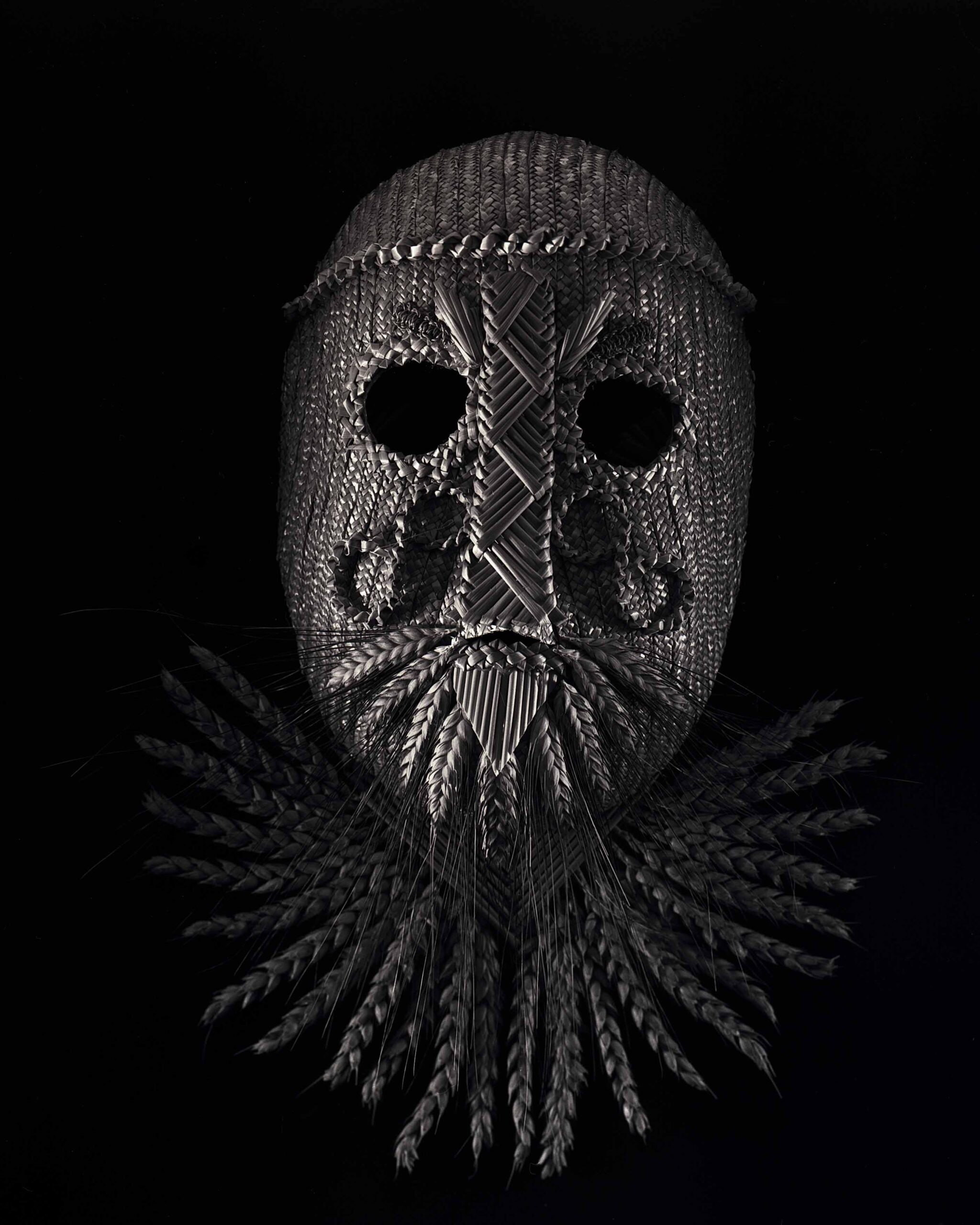 Who is John Barleycorn?

You are right to be curious. This is one of the most intriguing exhibitions I have seen in recent years – it has all the elements of a good old fashioned fairy tale; barley fields, the sun and the moon, song and dance, goddesses, evil spirits, witches and the old lady of the village. There are visual treats in store for you at New Brewery Arts until 25th August.

To answer your question, John Barleycorn is the central character of an English folksong dating back to the seventeenth century. He is the personification of barley itself and folksingers tell the tale of him lying in the field ‘for a long long time till the rains from heaven did fall’ and beginning to grow, ‘Sir John sprang his head and so amazed them all,’ until finally it is harvest time and he must die, ‘men with sharp-edged scythes cut him off at the knee…tied him around the waist…and prick him in the heart.’ You’ll hear the gentle, macabre tones of local musician Mike Smith as it is played in the gallery.

The exhibition was conceived by artist and ceramicist Matt Rowe and curator Laura Mansfield. Through this tale, they bring us a rich cultural history of rural English communities dating back to the sixteenth century and all that encompasses. Life evolved around the seasons, circadian rhythms and the success of a crop. Whole communities were entirely reliant on it for sustenance and trade – crafting with their precious corn was a natural extension of artisan culture. Farming, folkart, brewing, song and religion are all deeply interwoven and this exhibition takes you on a journey from Neolithic dung piles, the fertile crescent of Syria and Iraq to the ‘Yellow woman’ the goddess of maize, witch bottles and skull cups to brewing beer in hollowed out trees. It’s deliciously creepy, especially as it’s dark in the gallery with only spotlights lighting the artefacts.

A chin of whiskery corn ears….

It’s a clever offering, one which is entirely inclusive and will excite all age ranges. Who wouldn’t want to meet the seven foot costumed figure of John Barleycorn, standing proudly and welcoming 20th century visitors? His wonderful mask of woven barley, a chin of whiskery corn ears, adorned with hops and cloth was lovingly made from heritage varieties by Matt Rowe and Carol Partridge from the Guild of Straw Craftsmen. He is impressive, mystical, powerful… and of course you’ll want to find out all about him.

John Barleycorn’s spirit runs to hide in the last standing crop as the reapers clear the fields and move ever closer. Saving the last sheaf of the harvest was a common superstition, keeping the barley spirit safe behind the stalks. These precious sheaves were crafted into trophies or corn dollies where the spirit could rest and reside over the winter months. Austrian tradition goes one step further with the oldest married woman in the village, the CornMother, given the privilege of creating the harvest memento. The corn dolly is finally returned to the fields at planting time and ploughed back into the earth to ensure a bountiful harvest.

You will see corn dollies on display, alongside witch bottles, skull cups and a wassailing bowl, a vessel used for communal celebration of the New Year. Drinking rituals were, and still are, anAnglo Saxon tradition, particularly as the barley produced a safe drinking liquor to hydrate and revive farmworkers in the form of both beer and brandy, ‘There’s beer all in the barrel and brandy in the glass’. John Barleycorncomes alive again in the foam head of the ale and in the warm dough of the bread. My favourite exhibit is the most intricately made straw crown for the ‘queen of the corn dollies’ – you can’t leave without trying it on!

The song takes me back to a honey coloured fields of the West Country – for me it is reminiscent of my years growing up in Wiltshire, visiting crop circles, Stonehenge and Avebury. Pagan rituals, druid reverence for the natural world andthe Summer Solstice were all very much alive and well, the ancient culture was all around us. It seems the female was chosen to represent the bounty of the harvest the world over – the Greek goddess, Demeter, also known as the Earth Mother, the Egyptian goddess of fertility – Isis, Selu the Cherokee ‘yellow woman’ and Ceres, the Roman goddess of harvest. It is fitting, then, that the tale of John Barleycorn is revisited in a Roman town giving a nod to both Ceres and to the thousands of Roman soldiers who lived in Corinium, the largest settlement beyond London, and marched on a diet of bread and beer.

Beth Alden, CEO of New Brewery Arts, has considerately woven local links into this exhibition by inviting Corinium Ales to craft a guest beer made with heritage malts, once brewed in the very same building. In the 1800’s Cirencester Brewery was the town’s largest employer and one of the most complete breweries of its size outside London. The folksong has been revived by a local musician and the most beautiful yard of ale has been hand blown by the team from Loco Glass (they have studios at New Brewery Arts)using the Italian filigrana technique in gold and topaz, the colours of barley.

Award winning craftsman Antony Gay, from The Guild of Straw Craftsmen,is hosting free drop in workshops to bring the ancient craft of corn dolls to our attention – it’s not as hard as you think! Last but not least, there was a cinema viewing of The Wicker Man in July.

One can’t deny the juxtaposition between the seasonal existence of a bygone era and our fast paced contemporary world. For my part, it’s very refreshing to look backwards and learn a little of John Barleycorn and hidden charms in witches bottles before resuming my busy modern life!